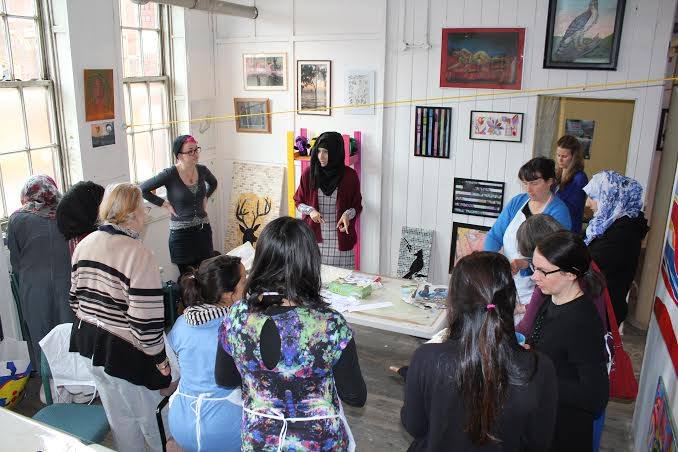 Famina B deals with pattern and form bringing Muslim women to the forefront of society. Her work depicts women in Hijab with a mix of Eastern and Western motifs which are influenced by her background and her experience of cultural clashes. She plays with image, form and perception, reflecting the subliminal Muslim female existence, and her versatile hand drawn patterns occupy interior and exterior spaces. Humorous images of Muslimahs are depicted to contrast the harsh perception of Islam and Muslims in the world today.

B also questions the issue of religion vs. culture, that the two very different entities are wrongly classed as being the same, leading to the cultural exploitation of women blamed on religion. B portrays her own personal journey and her experience of the chaos https://dietitianlavleen.com/get-rid-of-accutane/ and order of being a young British Muslim. She uses her artwork as a vehicle to create dialogue between audiences and an understanding between communities. She dabbles in differing mediums currently working with print, sculpture and installation to define her practice.