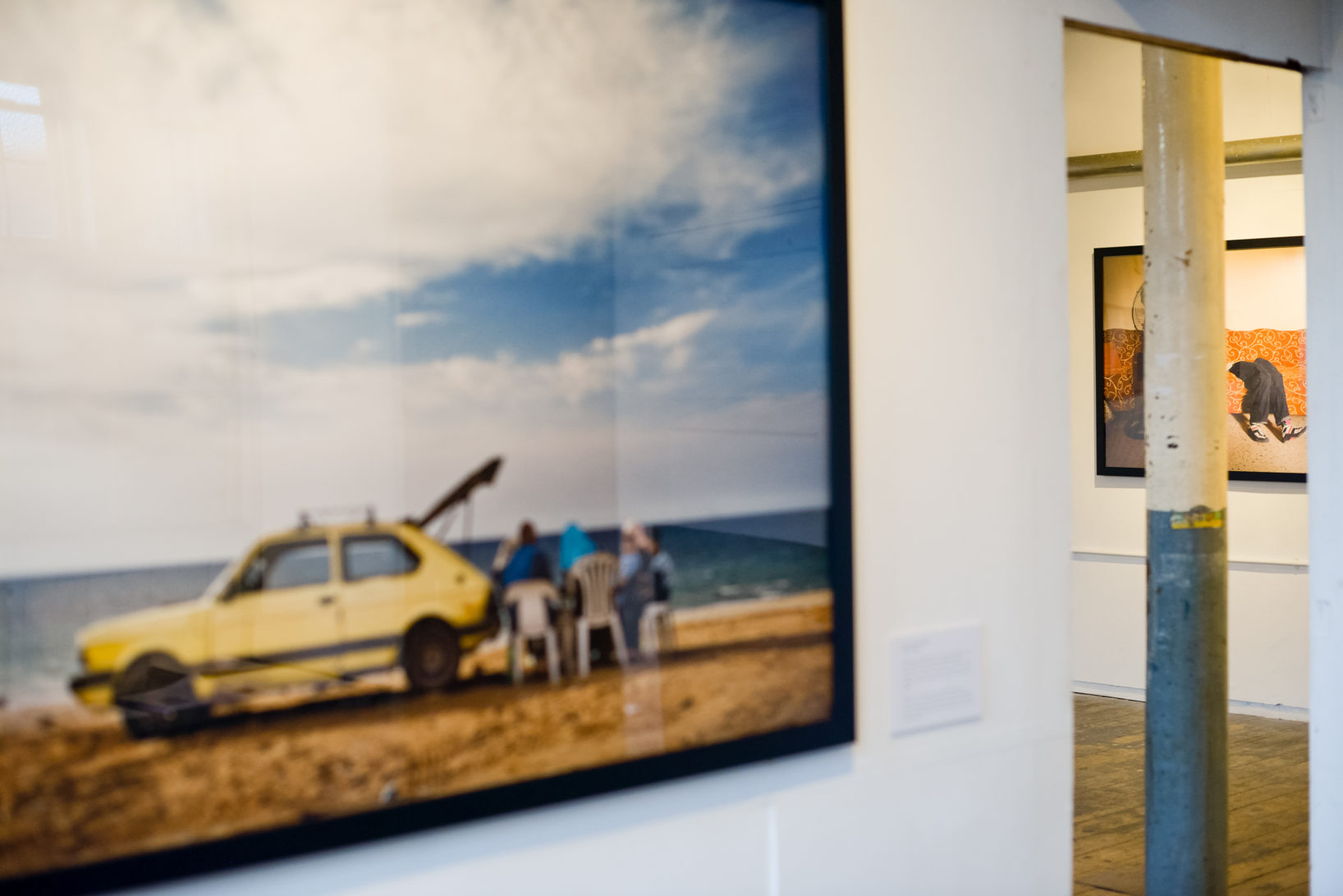 A Palestinian all-female auto racing team, transsexuals in Jerusalem, cluster bomb survivors trying to rebuild their lives, Iranian mother’s of martyrs who visit their son’s grave twice a week and parents in Lebanon who continue to wait for the 17,000 missing to come home. These are among the stories from Realism in Rawiya-a presentation of the first all-female photographic collective to emerge from the Middle East: Rawiya.

A collective body of work from photographers Realism in Rawiya bridges the worlds of documentary and art and follows their success at the 2011 FORMAT photography festival.

The show has a specific focus on gender and identity -captures the vision of the Rawiya: which translates from Arabic to ‘she who tells a story’.

“This exhibition captures and presents rich, diverse, eclectic, first-hand accounts of women from the Middle East. They are stories that both evoke a sense of universal humanity and challenge the status quo of racism and orientalism often presented in mainstream media.”
— Director of Programmes, New Art Exchange, Melanie Kidd

All artists in Rawiya established their individual careers as photojournalists by working for news agencies and publications across the Arab world. By living and reporting in the region, they gained an insider’s view of the extremities of these settings, whilst also observing how their reportage could become reframed in the international media’s final edit of events.

Despite the wide-range of narratives that feature in the exhibition, collection Co-curator Saleem Arif Quadri MBE said the works also have similarities that go beyond the artist’s gender.

“From the story of cluster bomb survivor and double amputee Mohammed featured in the Survivor series, to the tender Arab body builders featured in Fragile Monsters: Arab Body Building, they all feed into the wider political and social story of the region, one that is often unseen,” he said

The work of Rawiya is beyond observation and reflection. It is, as artist Newsha Tavakolian said ‘a way of breathing within the smothering world of censorship.’

The works have been selected from a larger collection. Realism in Rawiya is a touring exhibition by New Art Exchange (NAE), Nottingham, curated by NAE, Saleem Arif Quadri.

This exhibition is possible with strategic investment by the Arts Council England’s Elevate fund.